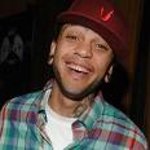 MTV Networks International’s Staying Alive Foundation has announced the launch of Travis McCoy's charity track, One At A Time, which is set for release on December 1st to coincide with World AIDS Day.

Available to download on iTunes from December 1, World AIDS Day, all proceeds from sales of the track will benefit the young people and projects supported by the Foundation.

The track was written after the 10-day journey McCoy took as Staying Alive Foundation Ambassador to South Africa, India and The Philippines, during which time he visited some of the inspirational projects funded and supported by the charity. His journey enabled him to meet with some of the young people who have dedicated their lives to fighting the HIV/AIDS epidemic in their own communities.

The track, which draws on McCoy’s experiences while on the trip, was recorded in Miami and produced and co-written by The Smeezingtons.

“This track comes straight from the heart,” said McCoy. “It encompasses everything that I saw and felt on the trip. I met some amazing and inspiring young people – and this track is dedicated to them and their tireless and selfless commitment to the fight against HIV and AIDS. I just hope that it’ll inspire others out there to get involved in whatever way they can. It really doesn’t take much to make a difference.”

Commented The Smeezingtons, “It was such an honour and humbling experience to work with Travis and MTV to create this song. We love making music, but when the music is used to help such a worthy cause it’s unbelievably fulfilling.”

“Through this track, Travis will be sharing his experience and amplifying the HIV awareness message to MTV audiences, globally, in a creative and memorable way. We are delighted with the track and can’t wait for the world to hear it.”

In addition to the One At A Time track, an accompanying music video will be aired on MTV from November 9, 2009 and will be available to watch online on MTV websites. The video features footage of Travis in the studio, as well as clips from ‘Travis McCoy’s Unbeaten Track’, the documentary that charts Travis’ tri-continental journey and is set to air on MTV channels on December 1, coinciding with the track release.

The philanthropic effort behind One At A Time is the result of a partnership between MTV Networks International, The Staying Alive Foundation, Atlantic Records and Fueled By Ramen.

In addition to buying the track, donations can be made directly to The Staying Alive Foundation by visiting www.stayingalivefoundation.org.

Check out www.theunbeatentrack.com for more details on McCoy’s trip, including the inspiration behind the track and the Foundation-funded projects McCoy visited.