Kim Kardashian Gets A Black Eye For Charity 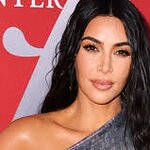 Kim Kardashian is sporting a black eye after Tuesday night’s charity boxing event, but says it won’t hold her down.

“The event itself was absolutely insane!! None of us are professional fighters… we literally had three days of training to prepare for the event and thought it would be a little bit of fun to raise money for one of our favorite charities, The Dream Foundation," she wrote on her official blog. "When Rob [Kardashian] stepped in the ring to fight, his opponent was at least 25 lbs heavier than him, even though the organization had assured us that they were screening the people we were fighting against and that they would be within 5 lbs of our weights! At one point Rob’s mask fell off and when he put his hands down he got hit in the face and ended up in hospital with a concussion. Rob’s a strong guy and can definitely hold his own, but he wasn’t expecting to get hit after his mask had fallen off! This guy just got really down and dirty!

“We were all really angry and upset about what had happened to Rob, but I hadn’t even fought yet and I didn’t want to let the charity down, so I decided to get in the ring. My girl was a good sport, but she was tough! I knew I had to do it for charity, since that’s what it was all about, but man, my girl could throw a punch! Look at my black eye!!!”

The mission of the Dream Foundation is to enhance the quality of life for individuals and families battling terminal illnesses.

“At the end of the day, we did this for charity and that’s what counts. Rob is doing fine now and my black eye will be gone soon… I hope. You can try to bring the Kardashians down… but we’re a strong family. A concussion and a black eye can’t hold us down!” 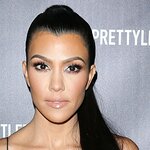 The Kardashians have teamed up with a Change.org petition starter to demand a clean-up of the worst nuclear disaster in U.S. history. More →