December’s edition of Alliance Magazine includes interviews with two of the rising stars of the world of emerging philanthropy – actors Jet Li, star of Romeo Must Die and Hero, and Olga Kurylenko, best known for her role as Camille in James Bond film Quantum of Solace.

In an interview with Alliance, Jet Li outlines the unique philanthropic model of his One Foundation, and gives his thoughts on how grassroots efforts can complement government aid; also discussing how his near-death experience during the 2004 tsunami inspired his mission. “The experience of surviving the chaos and witnessing the devastation caused by this natural disaster has changed me forever”, Li tells Alliance.

Ukrainian Olga Kurylenko spoke to Alliance about how growing up in poverty affected her attitude to charity, and her conviction that effective philanthropy is about more than just donations. Since finding fame as a Bond girl, Olga tells how her profile, with support from the philanthropic community, has contributed to fund-raising and awareness-building. “Sometimes it’s not even about money, it’s about the attention. It’s about everyone doing what they can, even getting interested, or spreading the word, or giving a small amount of money”, she says.

Head of CAF Global Trustees, Olga Alexeeva, meanwhile, writes in her guest editorial that “if we want emerging philanthropy to ‘truly enhance social justice’, it must be more than a matter of fashion, of adopting the accepted lifestyle of the wealthy”.

The full column is available on Alliance magazine’s website. 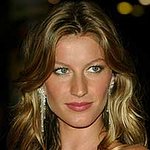 Barbra Streisand and Gisele Bundchen to be Honored at 2019 Hollywood For Science Gala Jan 29, 2019