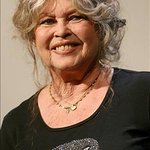 Screen legend Brigitte Bardot has donated the royalties she received from a recent French TV ad to animal welfare charities.

The actress was paid US$320,000 for her classic 1966 song Tu M’as Trop Menti to be used during a promotional campaign for a film festival in France. The actress is well known for her work with animals, and she has reportedly given the money to the Brigitte Bardot Foundation.

Earlier this year, Bardot called for France to ban seal products, later writing to Barack Obama with the same request for the US.