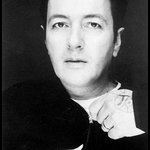 Joe Strummer is generally regarded as one of punk’s break-through stars, taking his band The Clash from obscurity to the heights of rock in the 1970’s. Now the last ever hand-painted Christmas card by the late rock icon is being used to raise money for the charity set up in his name.

Strummerville was established with the help of Damien Hirst to “reflect Joe’s unique contribution to the music world by offering support, resources and performance opportunities to artists who would not normally have access to them”. The charity has announced it will sell cards featuring the final drawing to raise money before Christmas, along with a tribute album titled “Winter Sessions Showcase Album 2009.”

Strummer died of heart complications in 2002. He helped set up Future Forests – now known as The Carbon Neutral Company – an organization dedicated to planting trees in various parts of the world in order to combat global warming.

More info can be found at the Strummerville website.