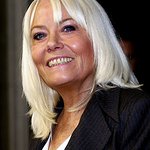 A group of British celebrities is remembering the life of actress Wendy Richard, who died of cancer last February.

The cast of British soap Eastenders – which featured Richard – will create a real-life version of one of her earlier shows, Are You Being Served, by helping out at a charity store at Selfridges in London.

Are You Being Served star Nicholas Smith will join Eastenders’ Natalie Cassidy and June Brown to sell designer outfits and accessories owned by the actress to benefit the Lady Traverners, which helps young people with special needs take part in sports.

“It will be great to see Wendy’s belongings at Selfridges in support of such a cause,” said her husband, John Burns. “I decided this would be a great way for Wendy to help The Lady Taverners. Wendy considered Selfridges her corner shop and would have been thrilled with the Are You Being Served? theme.”

The sale will take place on January 19. 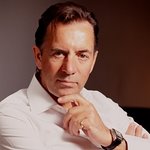 A host of stars were out in the weekend to support a young British girl who contracted Meningococcal Septicaemia as a baby and lost her hands as a result. More →