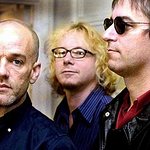 Fans of R.E.M. singer Michael Stipe have donated to charity to celebrate his 50th birthday.

Led by fan Ethan Kaplan and his fan site Murmurs.com, donations went to Nuci’s Space, where Stipe’s late friend and fellow singer Vic Chestnut was being treated for depression prior to his suicide on Christmas Day. Nuçi’s Space is a non-profit health and music resource center in Athens, GA. The aim of the organization is to prevent suicide by providing obstacle free treatment for musicians suffering from depression and other such disorders as well as to assist in the emotional, physical and professional well-being of musicians.

“It’s hard to over state how important Michael has been in the lives of many,” wrote Kaplan. "He has been a mentor to musicians, the writer of lyrics for near 300 amazing songs, a visual artist, film producer and photographer. It’s hard to find a week when he isn’t cropping up in a story somewhere.

“One of the artists Michael has mentored, been a fan of and championed was the late Vic Chesnutt. Michael discovered Vic, produced two of his records and never shied away from evangelizing his work.

“In the spirit of the kind of person Michael is, and the message of selflessness he has always espoused, for Michael’s birthday I’m asking for the Murmurs community to donate to a charity who’s mission is to help people like Vic.”

Donations can be made here.