By Elizabeth Willoughby on February 1, 2010 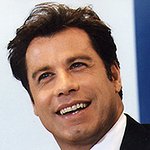 Many celebrities are asking fans to join them in giving support to earthquake devastated Haiti – actor John Travolta has also climbed on board, literally. Last week he flew his own jetliner with relief supplies into Port-au-Prince’s beleaguered airport.

According to Associated Press, Travolta’s jet carried six tons of ready-to-eat rations and medical supplies, as well as some doctors.

“We have the ability to actually help make a difference in the situation in Haiti,” Travolta told AP, “and I just can’t see not using this plane to help.”

This isn’t the first time he’s made such efforts – Travolta and his jet were also on hand shortly after Hurricane Katrina hit New Orleans in 2005.

Race to Erase MS announced today that its historic 25th Anniversary Gala will take place on Friday, April 20 at The Beverly Hilton in Los Angeles, and will be hosted by HQ Trivia’s Scott Rogowsky. More →