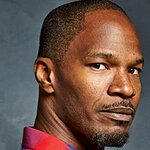 Jamie Foxx surprised a group of high school students with $500,000 of new musical instruments this week.

Hosted by film and television actor Dominic Monaghan, the event brought together representatives and musicians of the Fidelity FutureStage partner symphonies, student musical performances and special guests in each city including Oscar-winning actor and musician Jamie Foxx in Los Angeles and actress Joan Cusack from her hometown of Chicago.

Highlights of the event included the announcement of the 16 public high schools selected to take part in the 2010 Fidelity FutureStage program; the announcement of Fidelity FutureStage city-wide music competitions for high school students, with a grand prize opportunity of performing in concert with each local Symphony; and finally, the surprise unveiling, led by Jamie Foxx, of new musical instruments for the FutureStage schools in each city – an overall donation by Fidelity to public school programs across the country valued in total over $500,000.

Connected via satellite and visible to each other on oversized onstage video screens, audiences in each of the four venues were able to share their city and school pride, as well as showcase local musical performances by their peers, including: Houston’s energetic Waltrip High School Jazz Band, the Chicago Symphony sponsored Percussion Scholarship Group, Bostonian student vocalists Chris Middleton and AnJalique Perry accompanied by members of the Boston Pops, and a 100-member powerhouse ensemble of strings and vocalists from LA’s Renaissance Arts Academy. Dominic Monaghan introduced special guests and performances throughout the program and shared his own experiences as a performer and love of music along the way, making for a non-stop program of entertainment for all in attendance.

“Fidelity FutureStage was created to support arts education programs in our public schools, and invest in the future of our students by providing opportunities to participate, experience and benefit from the arts, both in and out of the classroom,” said Mr. Cieszko. “Research shows that students participating in quality music education programs score an average of 20 percent higher on standardized tests and a combined 100 points more on the College Board SATs, and we’re happy to provide more opportunities that may help to influence these important student success measures.”

Boston Pops Conductor Keith Lockhart added, “Music has had such an incredible impact on me both professionally and personally, providing indescribable enjoyment, inspiration and satisfaction in so many aspects of my life,” said Mr. Lockhart. “It’s very exciting to work with Fidelity FutureStage in bringing instruments to the schools, knowing that they have such potential to have a positive impact on students, including their ability to learn on a multitude of levels. The Boston Pops is proud to partner with Fidelity FutureStage to provide the resources and experiences that help open doors and encourage young people to explore the arts.”

Details of the FutureStage city-wide music competitions were also announced today, with competitions in Boston and Houston kicking off the application process on February 10th, Chicago underway in the coming weeks, and in Los Angeles, later this fall. Open to public high school students, winners will receive coaching from music professionals to prepare for performances with their respective city’s orchestra in special upcoming Fidelity FutureStage Finale Concerts. The Los Angeles Philharmonic, Boston Pops, Houston Symphony and Chicago Symphony Orchestra will actively participate in the selection of competition winners in their respective city. More details about each city’s competition can be found at www.futurestage.com.

The grand finale of the program included special guest Jamie Foxx leading the entire simulcast audience up to the big surprise of the day: the announcement and unveiling of more than $500,000 worth of new musical instruments donated by Fidelity. Video split screens allowed the students in each city to share their surprise and excitement as cameras showed dozens of new instruments being revealed simultaneously in each venue. The overall Fidelity donation is made up of approximately $25,000 worth of much-needed new instruments for each FutureStage school, instruments specifically requested by the individual music programs. An additional $100,000 worth of new instruments is being donated to other school programs in need around the country, rounding out Fidelity’s total donation.

Fidelity’s donation was supported in part by thousands of people nationwide who participated in the popular Fidelity FutureStage musical e-card campaign held this past holiday season. For each musical e-card sent, Fidelity pledged another dollar towards the purchase of new instruments for public school music programs. More than 100,000 holiday e-cards, each featuring music from one of the Fidelity FutureStage partner symphonies, were sent from FutureStage.com, contributing to yesterday’s donation.