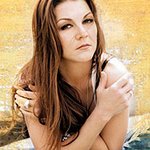 Country star Gretchen Wilson will play a special benefit concert for the TJ Martell Foundation in Anaheim on March 10.

To all appearances, Gretchen Wilson went overnight from talented obscurity to phenomenon. Her first single, “Redneck Woman,” spent six weeks at #1; her debut album, Here For The Party, sold more than five million copies; she won across-the-board awards including a Grammy and ACM, CMA and AMA nods for best female vocalist; and she toured to large and raucous crowds around the world.

Her second CD, All Jacked Up, rode enthusiastic reviews to platinum status as Gretchen’s accomplishments continued to stack up. Her third, One of the Boys, solidified her position as one of contemporary country’s most original and multi-faceted female artists, a woman in whom ambition and ability come together in every aspect of her career. In 2009, Gretchen launched her own record label, Redneck Records, and her first single release, “Work Hard, Play Harder,” is reminiscent of the music that brought her to the dance. Her debut album, I Got Your Country Right Here, will hit stores March 30, 2010.

The T. J Martell Foundation, founded in 1975 by Columbia/Sony music industry executive Tony Martell in memory of his son – a victim of leukemia – has raised more than $230 million over 33-years to combat the world’s three most deadliest diseases – leukemia, cancer, and AIDS.

More info and tickets can be found here.

The TJ Martell Foundation for Cancer Research, has announced the 44th Annual New York Honors Gala to be held on October 15th at Cipriani in New York. More →