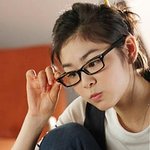 Olympic figure skating champion Yuna Kim will donate 40 million won (U.S. $36000), her fee for appearing in an upcoming radio campaign, to the Korea Foundation for Persons with Disabilities.

The South Korean Ministry of Health and Welfare says the campaign is being produced to commemorate the Day for the Disabled on Tuesday, April 27th. It will air in in South Korea on radio until April 30th.

This summer, athletes from across the globe went head to head for a new title: “Most Charitable Athlete.” Inspired by its annual Celebs Gone Good list, honoring the most charitable celebrities of the year, DoSomething.org announces the winners of its inaugural Athletes Gone Good list. More →