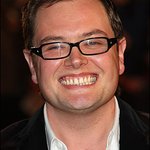 A host of comedic faces took center stage at the O2 Arena in London on April 5 to entertain some 15,000 guests and raise money for the Great Ormond Street Hospital. The successful participation of more than 35 comedians and TV personalities during the Channel 4 Comedy Gala raised an unprecedented sum through charitable donation and sales.

“Wow! What a night! And what an amazing amount of money for Great Ormond Street – bring on next year!” said Alan Carr who opened up the show. Rob Brydon, Jonathan Ross, Katie Price and Alex Reid – to name a few – also took part in the comedic event.

Three million viewers tuned in to watch the biggest stand up act in history. No one could have predicted the sheer number of viewers and attendees who came together and generated £669,492 in box office ticket sales and donations as well as an additional £200,000 from the UK’s Universal Pictures for the pre sale of the gala’s DVDs released on April 26.

Proceeds go to the Hospital’s redevelopment program , aimed at building new anaesthetic rooms in order to allow parents to wait with their children right up until surgery. The ideology behind this is to make the overall experience less traumatizing for the child and at the same time, allowing London’s Great Ormond Street Hospital to treat another 20,000 children per year.

“I’m absolutely thrilled that so much money has been raised for such a fantastic cause. This event will help so many children and I’m delighted to have taken part,” said Michael McIntyre.

Plans are already underway for next year’s comedy gala. 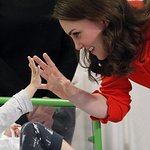