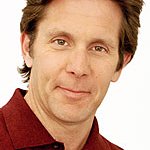 Gary Cole, star of the upcoming HBO series “12 Miles of Bad Road”, has participated via video in a salute to the 38 families featured in a new book on an issue faced by millions of families around the world.

“Autism Heroes: Portraits of Families Meeting the Challenge” has been compiled by Dr. Barbara Firestone, president and CEO of The Help Group, an organization that serves a wide range of special needs children. The salute took place on October 28 at The Help Group’s Sherman Oaks Campus in California and celebrated the new book, which features accounts and experiences of families affected by the challenges that autism can pose.

Gary Cole is The Help Group’s National Celebrity Spokesperson, and recently appeared on Larry King Live with Ed Asner, Toni Braxton, and Bill Cosby in a discussion on autism. The Coles, whose teenage daughter suffers from the condition, were also one of the 38 families featured in the “Autism Heroes” book.

In the video clip, Gary and Teddi Cole spoke of the importance of access to quality information and the importance of speaking openly about autism, as there is still a stigma surrounding the disorder. In addition, the Coles wrote one of the forwards to the “Autism Heroes” book.