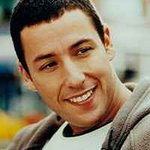 Actor and comedian Adam Sandler has donated $1 million to the Boys and Girls Club in his hometown of Manchester, New Hampshire. Sandler attended the Manchester branch of the Boys & Girls Club when he was a youngster.

Unfortunately, Sandler was unable to attend the ceremony that announced his donation, held on October 25. In lieu of his attendance he sent a video, in which the 41-year-old star of “The Wedding Singer” said he had a lot of good memories of club activities, including basketball, ping pong and “peeing in his pants”.

The club is celebrating its 100th anniversary this year. Sandler’s donation sets in motion a fundraising campaign to raise $6.6 million for the club to expand and update its buildings. The club wants to increase the number of children it serves from 3,000 to 4,000.