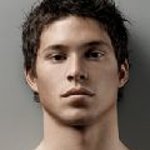 In the midst of a rumored break-up with boyfriend and Australian footballer Chris Knights, 19-year-old model-esque actress Eliska Sursova appears to be holding down the fort the way all Hollywood’s finest activists do – by going to Namibia to save the elephants of course.

Taking some time off from her busy schedule and after wraping up filming on her first Public Service Announcment for Greenpeace alongside actor Milo Ventimiglia, Eliska travelled to southern Africa with fifteen members of a non-profit organization to protest the poaching of exotic animals in the Republic of Namibia and spoke out against the exotic animal trade, all while helping to build much needed water holds for African elephants.

“Africa is home to some of the world’s most beautiful creatures and their biggest predator is man. We steal them, abuse them, kill them… all for the benefit of entertainment and luxury,” says the actress whose busy activist schedule sees her campaigning for animal welfare and environmental organizations like World Society for the Protection of Animals, Wildlife Warriors Worldwide and PETA.

Spending an extended 39 days (from the planned 28) in Namibia, the Hollywood phenomenon assisted multiple welfare societies in their quest to shut down the exotic animal black market, a trade in which tigers, bears, birds and reptiles are trapped and sold illegally to international customers. “These animals don’t belong in bedrooms or in cages in your yard. It’s their natural instinct to run, hunt, interact and reproduce.”

On her return home to New York City this week, the exhausted actress recalled moments where she felt immense failure. “Anyone that decides to do this kind of thing needs to be mentally prepared to find or witness things that will haunt them for the rest of their life. You feel such a desire to beat the bad guys that you don’t tend to think about that side of things until you’re there and it’s all around you. It does make you more determined to end the suffering, but you spend most of the night crying into someone else’s lap.”

Eliska admits that, despite her sizzling movie-star career, “there is nothing in this world that will feel as good as helping to make a difference. There are issues, issue after issue and it’s up to us, every day regular people to figure it out. To know that because of you, there are some animals still roaming Africa instead of sitting alone in a cage… I can’t even describe that feeling.”