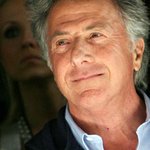 The event will see the actor take part in a conversation with author Scott Turow. Turow is the author of eight bestselling works of fiction, including Presumed Innocent and The Burden of Proof, and two nonfiction books that include One L, which describes his experience as a first-year law student. Turow’s books have been translated into more than twenty-five languages, have sold more than twenty-five million copies worldwide, and have been adapted for film and television. He also frequently contributes essays and op-ed pieces to such publications as the New York Times, Washington Post, Vanity Fair, The New Yorker, Playboy, and The Atlantic.

Net proceeds from this event will support the wonderful work of 826LA, a non-profit organization dedicated to supporting students ages 6 to 18 with their creative and expository writing skills, and to helping teachers inspire their students to write. Through it’s We Give Books campaign, the Pearson Foundation will also donate five children’s books per ticket sold to Los Angeles public schools and 826LA.

The event takes place at 8pm at Zipper Hall at the Colburn School, 200 South Grand Avenue, LA (across the street from Disney Concert Hall). Tickets are $25-$95.