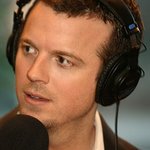 The 2010 Global Leap for Life is growing by leaps and bounds. This first-ever global skydiving fundraising event to raise money for the Lance Armstrong Foundation now has nearly 100 skydivers set to “skydive for a cause” during the weekend of August 21st to August 22 … including one first-time skydiver sure whose participation is creating a lot of excitement nationwide – as well as hopefully encouraging others to “leap” into action and sign on, as well.

JoJo Wright, host of the nationally syndicated “JoJo on the Radio,” will join the skydivers across the globe to help raise awareness and funds in the fight against cancer. A first-time skydiver, JoJo will be jumping at Skydive Perris in California – where, as part of the global “Leap for Life” fundraising effort, he will be part of this first-ever simultaneous skydiving event taking place in cities, and countries, throughout the world.

The leap will conclude “Make it Wright with JoJo,” a summer long initiative in which JoJo has lent a hand to a different cause every weekday. JoJo has filled his calendar by calling on his Facebook and Twitter fans around the world to tell him what great causes need his attention. It is currently week 3 of JoJo’s charity campaign. The daily installments of Make it Wright with JoJo will require anywhere from a few minutes to an entire day of JoJo’s time. Whether he is heading down to the local food bank, tweeting a link to an upcoming event, or jumping out of an airplane to raise awareness for cancer research, JoJo’s goal is to lead by example, and ultimately encourage people to give back to their community – even if it means just taking a few minutes a day to help support an organization doing great things.

If each of JoJo’s more than 25,000 Twitter followers were to spend just five minutes of one day doing something for their community, that would amount to more than 2080 hours of service, or the equivalent of one person working full-time (40 hours/week) for an entire year.

“I was thinking about getting involved with one charity this summer,” said JoJo, “and then I thought, ‘why pick just one?’ There are a crazy number of organizations out there doing great things, and I want to help. I’m just one guy, but I’m looking forward to making whatever difference I can, and inspiring others to do the same.”

“We’re thrilled that JoJo has selected Leap for Life as one of the causes he is supporting this summer,” says Rick Collins, a NY-based attorney, author and fitness authority who created “Leap for Life” last year as a personal fundraiser, and raised more than $15,000 on his own for cancer research. “By leaping for life along with us this summer, not only is JoJo helping the cause through his own personal involvement, but we’re hopeful that many of his fans and followers will also follow suit and jump along with JoJo in their own cities to help us raise as much money as possible for LiveSTRONG.”

Skydivers interested in following JoJo Wright’s lead and participating in this unique worldwide skydiving adventure should visit www.leapforlife.org for additional information. In addition, skydiving drop zone owners are encouraged to join this fundraising effort by offering discounted rates for jumpers, and should also visit the website for more information about becoming involved with the program and opportunities for drop zones.

For information about the 2010 Global Leap for Life, including links to start your own “Leap for Life” team in your community, visit www.leapforlife.org.

Today, Stand Up To Cancer (SU2C), a division of the Entertainment Industry Foundation, announced “It’s #Up2Us: Stand Up To Cancer | The Digital Live Show,” a one-hour standalone digital event that will stream on Facebook, Twitter, and YouTube from the Barker Hangar in Santa Monica at 7:00 PM ET / 4:00 PM PT on Friday Sept. 7, leading into the 2018 televised roadblock special, which airs live from 8:00–9:00 PM ET/PT / 7:00 PM CT. More →