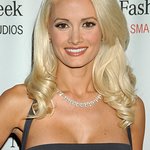 Soles4Souls, the international shoe charity dedicated to providing free footwear to people in need, has announced it will host a celebrity signing at their booth at the World Shoe Association Trade Show at the Venetian and Sands Expo Center, Las Vegas, on Monday, August 9, from 4:30-6:30 pm.

“We are excited that Holly has partnered with us to raise awareness with the footwear industry for the international need for shoes,” said Wayne Elsey, Founder and CEO of Soles4Souls. “The 10 million shoes we have distributed to date do not even begin to touch the millions more that need shoes, so our mission has never been more crucial.”

Gaining notoriety as one of the stars on E! Entertainment’s “The Girls Next Door,” Holly is currently headlining in the burlesque spectacular, Peepshow, at Planet Hollywood Hotel and Casino in Las Vegas. She has also just completed her first season as the star of “Holly’s World,” E! Entertainment’s new reality series based around her new life in Vegas and the friends who moved out to support her and follow dreams of their own.

Soles4Souls is a Nashville-based charity that collects shoes from the warehouses of footwear companies and the closets of people like you. The charity distributes these shoes free of charge to people in need, regardless of race, religion, class, or any other criteria. Since 2005, Soles4Souls has given away over 10 million pairs of new and gently worn shoes (currently donating one pair every 9 seconds.) The shoes have been distributed to people in over 125 countries, including Kenya, Thailand, Nepal and the United States. Anyone can join their cause, and they need your help. Visit www.giveshoes.org for more information.