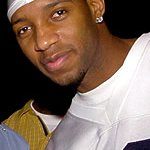 Houston Rockets’ seven-time All Star Tracy McGrady has launched a campaign to improve education for Sudanese refugees by announcing his participation in the “Stand Up For Darfur” humanitarian project in front of 400 students at Auburndale High School in Florida.

McGrady asked the students from his former school to join him in building schools and raising funds for the humanitarian effort, administered by his own Tracy McGrady Foundation. He recently returned from a visit to the region, in which he experienced the horrors of the current conflict first-hand.

“It sounds devastating,” McGrady told the students. “But to actually hear it and see it and listen to some of the stories was definitely an eye opener and a humbling experience. My goal is to build 12 schools over there. I’m getting 11 other NBA players to help me with this. But you guys are the first to know about this. I want to challenge you guys to come up with some ways to help these kids get an education and better themselves. They want books and they want to be educated. It’s up to us to really help these guys out.”

McGrady, who spent four days in Darfur over the summer, wrote an article for the Houston Chronicle describing his experience.

“It all seemed so innocent at first,” wrote McGrady. "Last week, just a few weeks before the Rockets training camp begins, we got off a plane in a sleepy town called Goz Beida in the eastern part of Chad, a country in Central Africa that borders the Sudanese region of Darfur. It was during what they call the “rainy season” in that part of the world, so the hills surrounding the town were a deep shade of green. The first signs that things weren’t completely normal in the place we visited were the makeshift huts made out of sticks, mud and plastic sheets that we saw right outside of town — literally thousands of the flimsy structures. But it wasn’t until we started talking to the people living inside those huts that we had, without realizing it, entered the gates of Hell on Earth."

During his trip, McGrady worked with filmmakers to produce a documentary entitled “Not a Game,” which was shown to students during the assembly.

“They’re going to come through,” McGrady said of the students. “I’m looking around right now and some of them are still hanging around to ask questions. They asked really good questions. They’re determined to really be a part of this and that’s a great thing.”

Determined to lead by example, McGrady kicked in a $75,000 donation to be used to renovate and build a school in the Djabal Camp in eastern Chad. The Rockets star plans to name Auburndale High School as a sister school to the one being built in Chad. The money raised will also help train teachers as well as provide a year’s worth of school materials, clothing and other essentials for students. Additionally, McGrady has formed the T-Mac Alliance to work with other charitable organizations in raising funds to support education in Darfur. 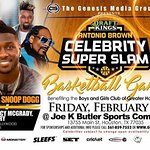