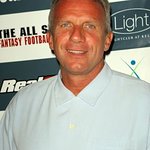 Celebrities, government leaders, major U.S. corporations and grass-roots volunteers across the nation will join together in September to support Feeding America's Hunger Action Month – a multi-faceted effort to mobilize the public to end hunger in the United States.

Dozens of national and local events are planned to raise awareness of the pervasiveness of hunger in our nation, and to motivate everyone — from children to grandparents, and from farmers to Fortune 500 executives — to take action to help feed the more than 49 million Americans who frequently struggle to find enough nutritious food to feed themselves and their families.

“Hunger is at a crisis level in our nation. Feeding America fed 37 million Americans in 2009, an increase of more than 12 million in just four short years. More than one-third of the households we interviewed for our Hunger in America 2010 study told us that they are sometimes completely without food. That’s the bad news,” said Vicki Escarra, president and CEO of Feeding America, the nation’s largest domestic hunger-relief organization. “The good news is that so many individuals and companies have stepped forward to help us end hunger. Last year more than 700,000 Americans volunteered for the Feeding America network, and donations of food and funds from corporate America are at an all-time high. But more help is needed. We all need to continue our collective efforts to feed our neighbors — from grass-roots activities in small cities — all the way up to the board rooms of Wall Street.”

The theme of Hunger Action Month 2010 is “30 Ways in 30 Days,” based on the concept that everyone can help in some way, small or large, to help end hunger – whether as an advocate, organizer, volunteer or donor.

Examples of “30 Ways in 30 Days” activities include:

For a complete listing of “30 Ways in 30 Days” suggestions, and to learn more about Feeding America and your local food bank, visit: www.hungeractionmonth.org.

On Sept. 1, actress Kimberly Williams-Paisley will participate in a press and volunteer event at the Feeding America Food Bank of Middle Tennessee in Nashville.

On Sept. 8, Kraft Foods will launch the Huddle to Fight Hunger campaign, Kraft Foods’ largest branded initiative to date to fight hunger in America. The goal is to donate 20 million meals or more to Feeding America. The announcement will take place at an event in New York City’s Herald Square. Football legend Joe Montana, sports journalist Erin Andrews and celebrity chefs Pat and Gina Neely are championing the cause and will participate in the launch event. Kraft Foods is a Presenting Sponsor of Hunger Action Month.

From Sept. 1 through Oct. 16, Feeding America will be one of the designated charities that will benefit from in-store sales of Shop For A Cause passes at Macy’s. The Shop For A Cause event will be held on Oct. 16. Pass holders are eligible for discounts at all Macy’s locations and online. During the month of September, Macy’s in-store restaurants will also be collecting donations at the register. This year marks Macy’s second year as a Presenting Sponsor of Hunger Action Month. Last year’s Shop For A Cause program raised more than $1.5 million for Feeding America.