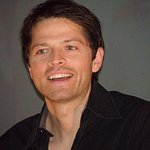 On September 5, Misha Collins, star of the CW’s Supernatural, ran over 50-miles to raise money for his non-profit organization Random Acts.

Collins announced his run via Twitter, saying he would run as far as he could in return for sponsorship which would benefit relief efforts in Pakistan and Haiti, as well as some smaller ‘random acts of kindness’ perpetrated by his fans.

The result? Collins raised over $100,000 to benefit Random Acts, the three orphanages in Haiti they support, and flood relief efforts in Pakistan through Mercy Corps.

Donations are still being accepted via the Random Acts website where you can donate to help them conquer the world one random act of kindness at a time!