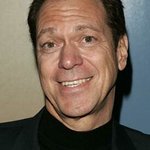 “We are absolutely thrilled that Joe Piscopo will be bringing his special talents to this exciting charitable event for children,” said Ken Schapiro, Founder and President of Condor Capital, a Martinsville investment firm. “Joe has earned critical acclaim as a comedian, singer and actor so we are happy to help him branch out into the tennis world. Sponsors will have the opportunity to meet Joe at our VIP reception so that will be a nice added benefit for our title sponsors and their guests.”

Piscopo has also held starring roles in the movies Wise Guys, Johnny Dangerously, Dead Heat and Sidekicks as well as on Broadway in Grease.

Professional tennis stars Bob and Mike Bryan, the top ranked men’s doubles team in the world, will highlight the Condor Capital Charity Open. The Bryan brothers are widely considered one of the best tennis doubles teams of all time and recently set the record for most doubles tournament championships.

Justin Gimelstob, the former pro player and current television commentator who won the French and Australian Open mixed doubles titles with Venus Williams, will also participate in the clinic and tournament activities. Former pro-player Luke Jensen, who also won the French Open doubles title with his brother Murphy, will participate in the tournament as well. Jensen coaches the women’s tennis team at Syracuse University.

The Bryans, Gimelstob and Jensen will compete in a Pro-Am tournament at Courtside, which will provide seating for about 500 people, and participate in a 90-minute tennis clinic. There will also be a doubles exhibition, cocktail hour and Meet the Pros VIP reception.

General admission tickets are available for $100. Tickets can be purchased online at www.condorcapitalopen.com or by calling Courtside at 908-713-1144.

Will Ferrell is ready to bring the heat to the Desert Showdown, heading to the desert to commemorate the greatest (and most competitive!) 10th Anniversary of charity tennis and golf yet! More →