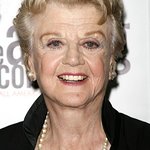 The spectacular evening will highlight magical moments from past glittering galas which have featured thousands of dance world stars. Also joining the celebration are Tony Award Winners Bebe Neuwirth, Ann Reinking, Chita Rivera, Tommy Tune, Karen Ziemba and Marvin Hamlisch. Artists from some of America’s greatest dance companies – Alvin Ailey American Dance Theater, American Ballet Theatre, The Joffrey Ballet, MOMIX, National Dance Institute, and Parsons Dance, will perform at the entertainment/dance event of the new season. There will be show-stopping Broadway numbers from “42nd Street” and “Chicago” and more stars, at this once-in-a-lifetime event that is not-to-be-missed!

A highlight of the evening is always the extraordinary Luxury Auction which features a dazzling array of once-in-a-lifetime experiences. Among the lots to go under the gavel that evening are: Two Tickets to The Oscar Party hosted by Graydon Carter & Vanity Fair, the most coveted ducats on the planet; Make Your Broadway Debut! One lucky winner will get a walk on role in the smash musical “Billy Elliott”, 4 tickets to the show + a backstage tour and a walk-on role in “Mamma Mia”, 4 tickets to the show and dinner with one of the cast; and more fabulous experiences.

Online at www.MissionFish.org, you can bid on a variety of items including: Dance with Melanie & Tony, Five 50 minute private dance lessons with TV choreographers and ballroom champions Melanie LaPatin and Tony Meredith; Magic with Mary Poppins, Four tickets to the Broadway show plus dinner with a cast member and a backstage tour; Dance at The Joyce, Four tickets to any performance at the Joyce Theatre’s 2010-2011 season; New York Philharmonic Tickets, Four tickets to any performance during the 2010-2011 season. The Online Auction runs through November 5, 2010

POSITIVE EXPOSURE, a 501c3 charitable organization that promotes a more equitable and inclusive world through award-winning photography, films, lectures and educational programs, will present Steven Perlman, DDS, MScD, DHL, with the Spirit of Change Award and Xian Horn with the Rising Leader Award during their virtual 2021 Change How You See Celebration on September 22nd at 7:00 PM ET. More →