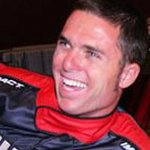 Champion NASCAR driver Taylor Barton has teamed up with Full Tilt Poker to host a celebrity poker tournament for charity.

The tournament – which will be held at the Palms Casino Resort in Las Vegas on December 4 – will benefit the Taylor Barton Foundation, which focuses on stopping bullying in America’s schools, as well as Children Mending Hearts, which assists homeless and at-risk youth around the world.

Taylor has invited some of his fellow NASCAR drivers and celebrity friends to join him for the kick-off event which will also host many of the Full Tilt Poker Pros and others such as Howard Lederer, Phil Ivey, Chris Ferguson, Annie Duke, Pawn Stars, Randy Couture and more scheduled to attend.

Tournament participants will partake in a night of poker and attend an after party at The Palms Casino Resort. Tournament prizes will include:

In addition to raising funds at the tournament, Children Mending Hearts will utilize some of their current inventory of online auction items found at www.charitybuzz.com/auctions/taylorbartonpoker.com. Some of the exciting prizes for auction are a five night stay at The Jameson Beach Estate in Lake Tahoe, a visit to the set of “I Carly”, a private party for the auction winner and ten friends at the Las Vegas home of Howard and Susie Lederer with a private poker lesson, the chance to meet Marvel Comics legend Stan Lee and much more. 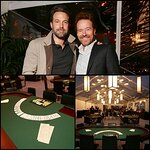 Win a Chance to Play in the Invite-Only Celebrity Poker Tournament in West Hollywood Nov 20, 2019

It’s time for the Annual Children Mending Hearts Celebrity Poker Tournament, and auction site CharityBuzz is giving you the chance to be there! More →