Rock legend Nikki Sixx helped spread some Christmas cheer to some sick children who had their videogame consoles stolen.

The equipment was stolen from the Carolinas Medical Center two weeks ago, and the Motley Crue star approached bosses from Sony, Disney, Activision and Nintendo to provide replacements.

The police also have some good news – they’ve arrested the grinch who stole the consoles. 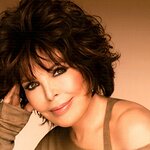 City of Hope, a world-renowned independent research and treatment center for cancer, diabetes and other life-threatening diseases, announced today that its virtual auction series, initially slated to end on Sept. 21, will continue indefinitely. More →