Lady In Red singer Chris De Burgh is riding high on the music charts with a charity song recorded with a couple of teenagers who lost their mother to ovarian cancer.

Lonely Sky is currently available on iTunes, with all profits going to St Anne’s Hospice, where the mother of Ben and James Hazelby was cared for before she died last year. The boys were awarded the chance to record the song with the iconic singer during a Noel Edmonds Christmas TV special earlier this month, and the tune has already reached number 11 on the charts.

“We’re absolutely over the moon – there’s no words to describe it,” said the boys’ father, Paul Hazelby. “I had a feeling it was going to do well but none of us were prepared for this. It’s just fantastic. The boys are being recognized and they are loving it. Life has gone completely mad – we are doing lots of interviews and every time we hear the song being played it still shocks us.”

Chris De Burgh, however, is upset that someone has released another version of the song on iTunes, causing many people to mistakingly download the wrong song.

“We were saddened to hear that someone decided to take advantage of a cause that so many people had put so much effort and love into by recording another version of Lonely Sky. Please note that the original version is that with the Hazelby brothers (released through Maddie Records). This situation is being investigated by all involved.”

The real version can be identified by the cover picture below. 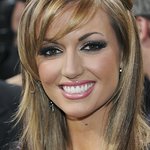