By Elizabeth Willoughby on January 5, 2011 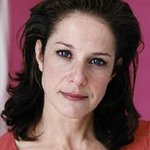 When Josh Fox was asked to lease his Pennsylvania acreage for natural gas extraction, he wanted to know more about the drilling process before signing over any rights. His research led him to other American communities that have been devastated by the industry, and compelled him to make the award-winning independent documentary Gasland in order to expose it.

The Gasland website reveals worrisome information about horizontal hydraulic fracturing, known as fracking, where highly pressurized water is pumped into wells in order to fracture the shale to allow natural gas to flow out:

“Fracking requires one to seven million gallons of water to free up natural gas. The water is infused with 596 chemicals, including known carcinogens, biocides and components such as radium, uranium, mercury, benzene, lead elements, diesel fuel, methanol, formaldehyde, ethylene, glycol, glycol ethers, hydrocholoric acid and sodium hydroxide. This caustic concoction is “fracking fluid”. So, one to seven million gallons of fracking fluid is pumped 8,000 feet below the earth’s surface with an estimated 30% to 70% of it being left in the ground."

It also describes other dangerous practices, such as allowing retrievable chemically contaminated fracking fluid to evaporate into the air, and the contamination of community drinking water. The Gasland movie introduces viewers to land owners whose domestic animals are getting sick and losing hair, even animals that don’t venture outside, and kitchen tap water that can be ignited with a match.

Due to a 2005 Energy Bill that exempted hydraulic fracturing from the Safe Drinking Water Act, “[America’s] national gas industry can choose to ignore the safe drinking water act, the clean water act, the clean air act for the sake of maximizing profit,” says Gasland’s website . However, The Fracturing Responsibility and Awareness of Chemicals Act, introduced in 2009, wants to remove the exemption and to force industry to disclose the “trade secret” chemicals in the fracking fluid.

Although the documentary, which actress Debra Winger was involved in the production of, premiered on HBO last June, it became available to purchase as a DVD last month. 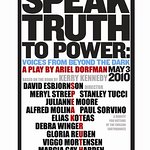 Meryl Streep And Friends Speak Truth For Charity May 6, 2010