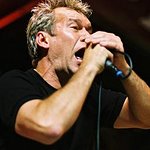 Flood waters have now reached the city of Brisbane, leaving at least 12 people dead and 70 missing as rain still lashes the country.

Barnes has banded together with family members to lay down tracks for the album, which will be titled Flood Light, with songs from his brother-in-law guitarist Diesel, his son David Campbell and daughters Mahalia and EJ. Singer Kasey Chambers will also feature.

Jimmy Barnes and Cold Chisel Help Those In Need In Australia Dec 16, 2019

Australian rocker Jimmy Barnes and his band Cold Chisel have joined with Foodbank to help those in need. More →