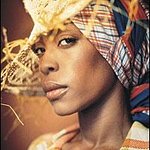 Badu will join Q-Tip and 9th Wonder at the Ghostbar in South Dallas on Wednesday, February 27, for a night of DJing and entertainment. All proceeds will go to B.L.I.N.D. (Beautiful Love Incorporated Non-Profit Development), the organization Badu established in 2003 to make positive social changes through economic, artistic, and cultural development.

“It’s quite simple,” said Paul Levatino, co-promoter and marketing representative of Badu. “Erykah wanted to do something special for South Dallas by raising money to continue community outreach programs that have been temporarily put on hold due to maintenance issues at The Historic Central Forest Theater. We picked Ghostbar due to their coordinated sincere efforts to support B.L.I.N.D. by making this event a reality.”

Today, February 26, also saw the release of Badu’s new album, New Amerykah, her first studio release since 2003’s Worldwide Underground. Tomorrow’s concert will mark her reunion with Q-Tip, her bandmate from The Soulquarians and collaborator on several songs since the 1990s.

The party will run from 8pm-2am, and is strictly R21. Ghostbar is located on the 33rd floor of the W Hotel on Victory Park Lane, South Dallas, and reservations can be made on 214-720-9909. Tickets cost $25, and door sales will be available. 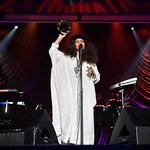