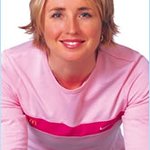 Dozens of familiar Kiwi faces are lending their support to a new celebrity charity auction in New Zealand, to raise funds for a new puppy shelter.

The RNZSPCA (Royal New Zealand Society For The Provention of Cruelty To Animals) needs $74,000 to build the new shelter in the southern city of Dunedin, and a host of well known faces have come out in force to help them by donating items ranging from signed photos to a batch of muffins.

“Dunedin gets bitterly cold, and the puppies’ current shelter does not provide them with adequate protection from the elements,” said auction organizer, Marika Bevin-Jones. “We don’t want puppies to go through another winter in these conditions.”

The auction will run on TradeMe from February 27 until March 5, and can be accessed using the keywords “Otago SPCA Puppy Shelter”.