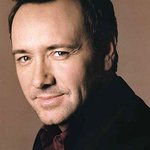 The 2011 Laureus World Sports Awards returned to Abu Dhabi on February 7, where the who’s who of the sports and entertainment industry gathered to salute the finest sports performances of the year.

The winners, as voted by the Laureus World Sports Academy, the ultimate sports jury, made up of 46 of the greatest sportsmen and sportswomen of all time, were announced at a televised Awards Ceremony staged at the Emirates Palace in Abu Dhabi hosted by double Oscar winner Kevin Spacey.

Proceeds from the event directly benefit the Laureus Sport for Good Foundation which supports almost 80 community projects around the world and have helped to improve the lives of more than one million young people through the use of sport.

Being honored for his on-court dominance, tennis star Rafael Nadal was named the Laureus Sportsman of the Year, while 10-time World Surfing Champion Kelly Slater nabbed his third Laureus Award as he secured the ‘Oscar’ of action sports and was named the World Action Sportsperson of the Year.

With many other top athletes being toasted, the complete list of Laureus winners is as follows:

More info at Laureus.com or via their Facebook group.