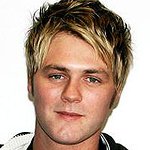 Irish singer Brian McFadden is fighting public backlash against his latest single ‘Just The Way You Are (Drunk At The Bar)’ after he was accused of singing about date rape in the track.

The former Westlife star came under fire after singing about taking “advantage” and doing “some damage” to an intoxicated girl in the song, which critics branded “disgusting and wrong.”

McFadden was quick to explain that the song was written about his fiancée’s drunk-dancing and in efforts to make amends, he is pledging all the profits of his latest single to an organization supporting date rape victims.

In a series of posts on his Twitter.com page, he writes, “(I) feel sick that my single is getting so much attention for the wrong reason. I love making music but I do not want this song played on radio or being sold to profit myself if people think it’s about ‘date rape’. It’s not about date rape…I’m gonna give all my profits from the song to victims of rape because it disgusts me. Sorry people misunderstood my lyrics… And finally… My song is supposed to be fun… not offensive… Guess not everyone has the same sense of humor.” 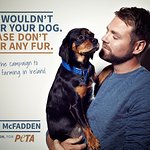 Brian McFadden Says No To Fur Farms In Ireland Dec 4, 2015

Singer and TV star Brian McFadden shows off his softer side in a new PETA campaign in which he’s cuddled up to his lovable pup Winston. More →