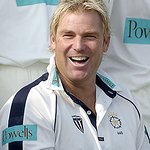 Umpired by Martin Freeman and Mark Hadlow from Peter Jackson's production of The Hobbit, as well as several All Blacks, the game saw teams “coached” by Russell Crowe and James Nesbitt go head-to-head in a friendly game to help those in need. Ian McKellen was also on hand to donate his time.

“The principal message is that New Zealanders, from all walks of life and wherever they are in the world, are 100 per cent behind the people of Canterbury and the city of Christchurch,” said Russell Crowe.