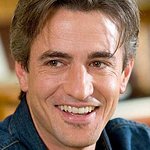 Dermot Mulroney, the accomplished actor, producer, musician, and star of films such as Young Guns, My Best Friends Wedding, and Burn after Reading, is donating a day on the set with him on his next film project (TBA) to benefit Philadelphia charity, Support Center for Child Advocates, the nation’s oldest and largest pro bono legal and social services agency for abused and neglected children.

The ‘Day on the Set with Dermot’ including round trip airfare and a chance to be an “extra” in the film will be auctioned off on April 13th at the Child Advocates’ Benefit Reception & Auction honoring University of Pennsylvania President, Dr. Amy Gutmann (recently named by Newsweek/The Daily Beast as one of “150 Women Who Shake the World”).

Mulroney is a committed supporter of causes enriching the lives of children. ’It’s very important to me to support charities like The Support Center for Child Advocates that are working to change the lives of our nation’s children. Every year this agency provides FREE legal and social services for nearly 850 abused and neglected kids. If hanging out with me on location will inspire donations to such a worthy cause, I’m delighted to be involved,’ says Dermot.

‘At Child Advocates, we utilize our award winning model of child advocacy and representation, teaming volunteer attorneys with staff social workers in a ’holistic’ process to represent the whole child and battle for their right to a safe and secure home,’ says Child Advocates Executive Director, Frank Cervone, a national legal expert on child abuse laws and member of The National Child Law Network, working to provide a model of excellence to similar agencies in cities such as Denver, Chicago and Los Angeles.

The event takes place on April 13 at the Crystal Team Room in the Wanamaker Building, 100 Penn Square East, Philadelphia from 5-8pm. More information can be found here.