Ivanka Trump Among Presenters At Women Who Care Charity Event 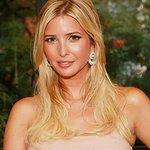 The celebrity presenters for the annual Women Who Care luncheon in New York next month have been announced.

The event – to be held at Cipriani 42nd Street on May 5 – will benefit United Cerebral Palsy of New York, one of America’s most established charities helping children and adults with disabilities throughout New York City. UCP/NYC currently serves more than 14,000 individuals and family members through more than 75 programs. The Mission of United Cerebral Palsy of New York City is to create opportunities for people with disabilities to lead independent and fulfilling lives.