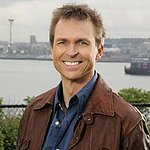 Over $200,000 was raised at the event, held at the New Zealand Embassy, to help victims of the February 22 earthquake, which killed over 180 people and left many thousands without jobs and facing massive bills to repair their homes.

Keoghan, who was born near Christchurch, said it was important for people to know that Christchurch was “open for business”, and he thanked Americans for their continued support in helping to rebuild Christchurch.

New Zealand Ambassador to the United States, Rt. Hon. Mike Moore, said he was touched by the solidarity and generosity shown.

“This is not a small thing you are doing for us,” said the Ambassador to the largely American audience.

“We’re all in this together.”

Guest speaker Admiral Thad Allen, who was in Christchurch when the earthquake struck, touched audiences when he spoke of his own experience.

He commented on the resilience of people in New Zealand and said the country’s ability to recover from such an event and come together was admirable.

“The incredible way you have integrated your community and the way you celebrate diversity creates what I call ‘resiliency’,” he said.

The Admiral was one of over 50 senior American officials in Christchurch on the day of the earthquake to attend the US-NZ Partnership Forum, a conference between US and New Zealand leaders aimed at promoting closer bilateral ties.

CBS EcoMedia has announced that The Humane Society of the United States has won the $250,000 grand prize in the inaugural Charity Champions League “social giving” competition. More →