Rock Legends To Jam For Charity 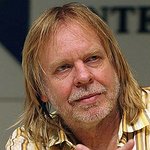 A truly unique evening of rock’n’roll with music legends Rick Wakeman, Jon Lord, Joe Bonamassa, Newton Faulkner and members of Deep Purple joining together to raise money for charity will take place at the Royal Albert Hall on July 8.

Super Jam 2011 will be the charity’s biggest event to date and will help to increase the already raised funds from past events – which have included guest performances by the likes of Status Quo, Paul Weller, Robert Plant, Ray Cooper, Bruce Dickinson, Suggs, the late great Gary Moore, and Jeremy Irons as MC.

Jon Lord of Deep Purple, one of many active supporters of the charity, said: ‘The Sunflower Jam has become an established event for two reasons: because its such a great cause and because it’s such huge fun!’