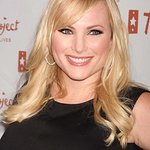 American columnist and author, Meghan McCain, has stripped off for skin cancer.

On May 11, a new PSA video was released showing the actress virtually naked. Although it has caused a stir in Hollywood and incited boorish comments from one radio DJ, it sends out an important message; ‘if you leave the house without sunscreen, you may as well be naked’.

McCain’s father, Senator John McCain, and also her mother have battled with skin cancer in the past and their daughter stated in an interview that she was ‘passionate about the prevention of skin cancer’. A recent tweet read ‘everyone should be aware of the extreme dangers the sun presents and how simple using sunscreen is’.

She has also beaten down the negative lash back by saying that ‘at the end of the day [it has] helped me generate publicity for my skin cancer PSA.’ Hats off to the young woman for rising above it.

The video can be viewed here.