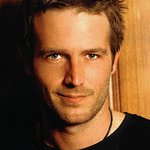 As Dr. Tom Wakefield on the TNT hit series Hawthorne, Michael Vartan is often called upon to advise his patients. Now, Vartan is giving advice to parents—of dogs, that is. Vartan—along with his dog, Millie—stars in a brand-new TV ad for PETA in which he talks about the importance of giving animal companions all the love, care, and attention that they need and deserve.

“No matter how hectic my life gets, spending quality time with my best friend, Millie, is always at the top of my list,” begins Vartan in the 30-second spot. “Millie doesn’t get to make her own schedule. In fact, we decide when our dogs eat, take walks, play with their pooch pals—even relieve themselves. So when I take her on a walk, I make sure she gets to sniff as long as she wants. And it’s up to her whether she walks, runs, or even sunbathes. I always remember this is her walk, so I don’t pull on her, and I don’t rush her. These things may seem small to us, but to our dogs, they mean the world.”

In an exclusive PETA interview, Vartan — who also played Jennifer Garner’s love interest in the acclaimed ABC action-intrigue series Alias — talked about the miserable conditions for animals in circuses and on factory farms and urged his fans to get involved and never to feel powerless.

Vartan told PETA, “A lot of times you’ll say, ‘Check out this video on YouTube. It’s about this bear or this elephant [who’s] being abused in the circus by [her] handlers,’ and people say, ‘Oh, I don’t want to see that’ … because it’s too big of an issue, it’s too big of a problem. And that’s not true—it isn’t.” He added, “And don’t be afraid to see the ugly stuff, because that’s what we’re really trying to fix.”