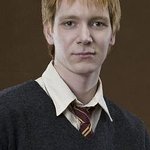 Harry Potter stars James and Oliver Phelps – better known as the Weasley Twins – may be gearing up to battle Voldemort in the final part of the massive film series, but they took time out to play cricket for a number of charities on Sunday.

Joining former England team members Darren Gough and Devon Malcolm, as well as actress Emma Samms, the twins took to the field in Mickleham, UK, to play at Box Hill School to benefit charities such as the National Society for the Prevention of Cruelty to Children, the English Schools’ Cricket Association and Round Square International.

“It was a very exciting day’s cricket and we had a significant increase in people compared to two years ago,” said match organizer Simon Powell. “The Weasley twins were a great hit with the children. It was rivalled only in popularity by the school’s high ropes course, while the parents were entertained by the cricket and enjoyed their Pimm’s.”

Over 700 people attended the match, which saw the Weasley Twins’ team reign triumphant.