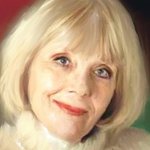 British acting legend Diana Rigg has joined her daughter, Rachael Stirling, and Felicity Kendal as a patron of a UK charity that imports products to help people in India.

Kerala Crafts was set up by Christine Snow as a response to being moved by the plight of disadvantaged but skilled women in Kerala, southern India, whilst on holiday in 2001. The fair-trade project was set up primarily to support a women’s welfare centre in Cochin, giving much-needed employment to hundreds of women. Kerala Crafts buys beautiful hand-made, sustainable banana fibre baskets and handicrafts, unique to the UK, with all profits going back to Kerala, to support several co-operatives and indigenous charities.

From day one, all profits from Kerala Crafts has gone back to Kerala to support various projects, including the welfare centre where the baskets are made. The centre is a forerunner in imparting indigenous education through arts, trade skills and polytechnic education to women especially from rural districts in order to make them financially independent.

The welfare centre was established in 1961, with the objective of reaching out to women and children living in dire poverty, in the nearby villages and islands in and around Ernakulam. This is done by focusing on meeting their daily needs and promoting economic and educational programmes. As well as the basket making enterprise, the centre provides educational courses with accommodation, day care of the elderly, community development programmes and 2 orphanages, Valsalya Bhavan and Adelaide Bhavan.

Valsalya Bhavan ‘House of Affection’ is a home for girls aged between 5 and 15 who have been rescued from dangerous situations on the streets. It was established 12 years ago, and has helped many girls at risk, such as sexual abuse, begging, drug abuse, child labour, abandonment etc. The girls arriving here have not any education, own no possessions and have invariably suffered abuse and ill treatment.

The home gives the girls a sense of family and stability for the first time in their young lives. It provides the girls with health care, personality development, extra-curricular activities and awareness programmes, as well as sending them to school. The aim is to empower the girls to become responsible, self-reliant and dignified women.

Until May 2010, the orphanage was situated about 5 minutes from the welfare centre. The house was very small and cramped, with one toilet and outside washing facilities. It was subject to flooding during the 2 monsoons that Kerala has, and things became so difficult that the girls had to move out. They are now temporarily housed in a building provided by the local council. However, this is just a temporary measure, as they could be given 3 months notice to quit at any time.

Adelaide Bhavan is an extension to the work of Valsalya Bhavan, responding to the needs of the older girls who are no longer eligible for continued residence in Valsalya Bhavan due to an upper age limit.

Kerala Crafts funded the conversion of part of the welfare centre to provide quarters for the older girls. Here, by learning new skills, they will be helped to make the vital but difficult transition from institutional to independent living. Adelaide Bhavan addresses the higher education, academic or vocational needs of each girl. The unit provides continuity of care, while building on the programmes already undertaken, thereby empowering them into ‘mainstream life’.

Kerala Crafts is fundraising to try and help provide a new orphanage building for the girls at Valsalya Bhavan.

A piece of land has been bought, planning permission obtained, but funds are needed to be able to make a start on the construction. Profits from Kerala Crafts and sponsorship schemes are used to help pay for the maintenance of the girls, but as a small project, it does not have the capacity to fund a building of this scale.

“Diana [Rigg] lived in northern India for the first eight years of her life, where her father was a railway executive,” said Kerala Crafts founder Christine Snow. “Rachael [Stirling] visited the orphanage in February this year while on holiday in Kerala and said it was the highlight of her time in India. Between them Diana and Rachael have sponsored three of the girls.”

Find out more about this fantastic organization here.