Surfing Legends To Be Honored At Environmental Charity Event 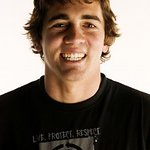 The 2011 Waterman’s Weekend will be held August 11-12th and will raise funds for 20 ocean conservation organizations. The weekend begins Thursday, August 11, with the Waterman’s Classic Golf Tournament at the Monarch Beach Golf Links, and culminates on Friday, August 12, with the 22nd annual Waterman’s Ball and auction to be held at The Ritz-Carlton Laguna Niguel, Calif.

“The SIMA Board of Directors and Environmental Fund are proud to honor Greg, Jay and George at the 22nd annual Waterman’s Ball,” said Paul Naude, Chairman of the Waterman’s Weekend Event Committee and President of the SIMA Environmental Fund Board of Directors. “All of the honorees have undoubtedly earned our respect and appreciation for their accomplishments in and out of the water, and for the influence they have had on the sport and culture of surfing.”

San Clemente-local and Waterman of the Year, Greg Long, is often referred to as “the best young big wave surfer on the planet.” Like the waves he surfs, his resume of accolades is equally as impressive: winner of the 2003 Red Bull Big Wave Africa, the second longest running big wave paddle event in the world; 2008 champion of the Mavericks Surf Contest; in 2008 he earned an official invitation to the most prestigious big wave event of all time, the Quiksilver Eddie Aikau, held at Waimea Bay Hawaii, and won the event in 2009. Long has become one of only two surfers in the world to be invited to all three major big wave paddle events. Long is also the winingest surfer at the Billabong XXL Global Big Wave awards, and has been featured in magazine publications such as Sports Illustrated, Outside, Men’s Fitness and numerous others, as well as newspapers and surf films across the globe. When he’s not tackling the world’s biggest waves, Long gives back to the community by giving motivational presentations to schools and community groups, as well as through his involvement in environmental organizations including Surfrider Foundation, Save the Waves, Wildcoast and The San Onofre Foundation.

“As arguably the leading figure in big-wave surfing today, it is an honor to recognize Greg Long as Waterman of the Year,” said Doug Palladini, SIMA President. "What Greg is doing to advance the sport of surfing is truly awe-inspiring, and he embodies the term “waterman” to the fullest extent. We look forward to celebrating his accomplishments and contributions to our sport at the Waterman’s Ball."

Environmentalist of the Year, Jefferson “Zuma Jay” Wagner, is a longtime advocate and protector of one of surfing’s sacred spots – Malibu. In addition to owning a surf shop and formerly serving as the city’s mayor, Zuma Jay is dedicated to the fight to preserve Malibu’s beaches and keep its waters clean. He ended 20 years of Malibu City policy to avoid the implementation of advanced local wastewater treatment systems in the civic center, an area that is contiguous to Malibu’s Surfrider Beach. He is currently promoting the restoration of Malibu lagoon, and worked with the California Coastal Commission and the Los Angeles County Beaches and Harbors to establish Malibu as the 1st World Surfing Reserve.

“The SIMA Environmental Board of Directors is thrilled to honor such a staunch advocate for our oceans and waves as the 2011 Environmentalist of the Year,” commented Naude. “Jay continues to fight to protect and preserve the beaches and breaks of Malibu, for which we are very grateful. Malibu is an important part of surf culture and we are fortunate to have someone as passionate as Jay dedicated to keeping Malibu clean and accessible for years to come.”

For decades this year’s Lifetime Achievement Award recipient, George Downing, has been a leader in the surf industry and community. Growing up on Oahu, Downing became an adept student and pioneer of big-wave surfing while the sport was still in its beginnings. Downing studied the waves and equipment needed to master the giants, and his research and design discoveries helped him create equipment that opened the doors to big-wave surfing. In 1951, Downing constructed what is known as the first board for truly big surf, and it soon became the template for all serious surfers. Downing has shared his incomparable knowledge, research and theories of heavy water with generations of surfers, making him an invaluable leader in big-wave surfing. In fact, Downing serves as the director for the Quiksilver in Memory of Eddie Aikau big wave contest, determining when the conditions are best to hold one of the most prestigious big-wave surfing events. Downing also created the revered Downing Surfboards, and serves as the president of the Surfing Education Association which is dedicated to the preservation of our oceans, coral reefs, waves and beaches.

“It is safe to say that big-wave surfing would not be where it is today without George’s contributions of both knowledge and equipment creation when big-wave surfing was first coming onto the scene,” said Palladini. “George has been instrumental in the surf industry in countless ways; his influence has been priceless, and his accomplishments are numerous and admirable. The SIMA Board of Directors is proud to honor one of the leaders of our sport and industry with the 2011 Lifetime Achievement Award.”

The two-day fundraising event benefits the SIMA Environmental Fund, a 501©(3) charitable foundation that awards grants to various environmental groups based on their dedication to preserving and protecting the world’s oceans, beaches and waves. Last year’s event attracted more than 700 people and raised more than $400,000 for 19 ocean conservation groups. The 2011 Waterman’s Weekend environmental beneficiaries and this year’s fundraising goal will be announced in the coming weeks.

The Surf Industry Manufacturers Association (SIMA) is the official working trade association of more than 300 surf industry suppliers. Founded in 1989, SIMA is a non-profit organization that serves to promote awareness of the surf industry and participation in the sport of surfing through public relations efforts and a variety of services, educational programs and research. In addition, SIMA actively supports oceanic environmental efforts through its 501©(3) charitable environmental foundation, the SIMA Environmental Fund. In the past 21 years, SIMA’s Environmental Fund has raised more than $5.4 million for environmental groups seeking to protect the world’s oceans, beaches and waves. The SIMA Humanitarian Fund, also a 501©(3) charitable foundation, was established in 2006 to award grants to various surf or boardsport related social and humanitarian non-profit organizations whose efforts are focused on improving the quality of life, health and/or welfare of people.

As ocean pollution hits crisis levels, with our coastlines spilling over with plastic and marine life depleting rapidly, this emergency is now the number one priority for Surfrider Foundation Europe, an international nonprofit which has been fighting to preserve our oceans and coastlines since 1984. More →