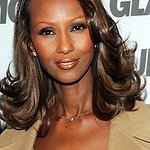 Supermodel Iman and actor Kevin McKidd backed a Save the Children sponsored 24-hour “Fast-A-Thon” on August 8 to raise awareness and funds for children suffering from the East Africa food crisis.

Participants in the Fast-a-Thon skipped a snack, meal or a day’s worth of food. Iman supported the Fast-A-Thon through her social networks, while Kevin McKidd joined Save the Children staff, volunteers and supporters in fasting while on the Grey’s Anatomy set, and ended the fast on August 9, his birthday. Last week, Kevin McKidd and Save the Children released a PSA to generate more awareness of the emergency situation in East Africa, which can be viewed here.

A severe food shortage from the worst drought in 60 years is threatening the lives of close to 3 million children in East Africa. Save the Children is delivering life-saving food, water, medicines and care to children and families affected by child hunger crisis in Ethiopia, Kenya and Somalia. Given the scale of the East Africa food crisis, Save the Children globally is seeking to raise $100 million for its humanitarian response.