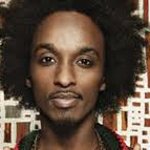 Rap artist K'naan left his home in Canada last week to return to Somalia, the country his family left in the early ’90s during civil war and famine. Today, due to what the UN is calling the worst drought in a generation, the country is suffering yet another famine.

“It’s very difficult for any Somali to be feeling this immense situation and to not be able to do much from afar,” K’naan said in an interview with CNN in the lead up to his first visit back to Mogadishu. Musician and activist Bono joined K’naan in the interview with journalist Anderson Cooper.

“You can blame droughts on God,” said Bono "but famines are manmade. We know exactly what to do and this shouldn’t be happening. The Somalis are a very sophisticated people. For twenty years now they’ve had no real government. I don’t know how they’ve survived. But the famine is really the wake up call for all of us. If we make a safe passage for aid, I do believe the aid will be through. We [at ONE Campaign] hold those politicians that make promises accountable."

K’naan understands the humanitarian fatigue that comes with the mention of Africa, the view he calls an “inherited quality to African failure”, but he feels such cynicism is unhelpful and wants to make the plight more personal to North Americans: “We have to somehow find a way to globalize our humanity.” His advice: forget about the enormous statistical numbers impossible to wrap your head around. Rather, think small. A starving child can be brought back from the brink of death, he says, warning against the use of “too dire” as an excuse to not act.

“This is a defining moment for us,” said Bono. “When you hear stories of women leaving their dead children on the road – on the road! to come beg for food. To choose between children, can you imagine!: ‘I have to leave this one, he looks the weakest.’ This is outrageous. It can’t be happening. It must be stopped. It’s not our intentions, it’s our actions.”