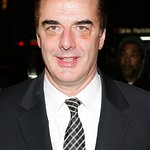 Chris Noth has thrown his support behind a campaign from the American Diabetes Association.

The actor will front the Ask. Screen. Know. campaign, which encourages people to recognize the risks and symptoms of the disease and get tested early.

“A friend of mine was seriously, seriously diabetic and he didn’t know it,” Noth told NYC TV station NY1. "He had some of the obvious signs. He was obese, fatigued. I, at the time, just thought, ‘Go to the gym, dude, go get in shape or something.’

“But another friend of ours who happened to be a doctor said, ‘No, no, no, you’ve got to get screened, because this… it’s not just that you are obese. There are other things about this that don’t seem right.’”