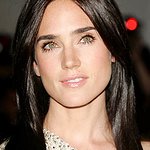 Actress Jennifer Connelly has appeared in a new commercial on US television, highlighting the need to provide clean drinking water to millions of people around the world.

The star of films such as Blood Diamond and Dark Water joined Terry George – director of Hotel Rwanda – to make the Public Service Announcement for Charity:Water, an organization that aims to bring clean and safe water into impoverished communities.

“We wanted to bring the harsh reality we saw in Africa home to our friends,” said advert creator Nigel Lythgoe. “The reality that millions of women and children walk miles each day to collect murky green water from swamps. Water that kills kids. We wanted to put an end to it.”

In the PSA, which had its first airing during last week’s Idol Gives Back TV special, Connelly is shown collecting water from stagnant ponds in Central Park and giving it to her children to drink.

The charity hopes the commercial will encourage people to donate to their well drilling projects in Africa, India, and Central America. To find out more, watch the advert and visit the Charity:Water website. 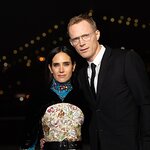