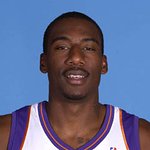 If you’ve ever had trouble motivating your kids to get up and go to school, you just got a little “Boost.” The Ad Council and the U.S. Army have launched a Wake-Up Call program as part of their “Boost” national public service advertising campaign designed to encourage students to get up, go to school, and graduate.

The initative features a series of wake-up calls and alarm ringtones recorded by NBA All-Star and Captain of the Phoenix Suns, Amaré Stoudemire.

“We are very excited to kick off this new program on behalf of the Boost campaign,” said Peggy Conlon, President/CEO of The Advertising Council. “Amaré is a very positive role model and his words of encouragement will have a great impact on getting teens to wake up and go to school.”

Joining the “Boost” campaign is just another display of Stoudemires’ relentless commitment to provide educational opportunities for children and teens throughout the country.

“This Boost Up campaign was so innovative that I knew I had to get involved,” said Stoudemire, who volunteered to be part of the campaign. “Because I’ve dedicated myself to helping youth in need and love using cutting-edge technology, recording ringtones and wake-up calls for kids in danger of dropping out was right up my alley. I had a great time with it, and I look forward to seeing how these messages can help keep the kids in school.”

Chris D’Rozario, Executive Creative Director at JWT, who created the ads pro bono, added “The Boost campaign is not about us talking to teens, but about helping teens talk to each other. Whether through www.Boostup.org or through this new mobile program with Amaré, it’s all about giving kids the tools to communicate and support each other when they need it most.”

The tools to communicate and support each other include the use of social networking websites such as Facebook, Myspace, and YouTube, which provide users a hip way to give their friends that extra “boost” needed to stay in school. The Boost “Class of 08” students featured in the campaign have already received a total of 15,200 boosts. This month, Students Against Destructive Decisions (SADD) and the National Organizations for Youth Safety (NOYS) will be helping raise awareness by extending the reach of the messages to their members nationwide.

Additional celebrities and athletes are expected to lend their voices in the coming months in hope of reaching some of the 7,000+ high school students who drop out of school every day. Research indicates that the decision to drop out doesn’t happen overnight, so if you’d like to help a friend stay in school, just ask Amare Stoudemire to give ‘em a wake-up call by visiting the “Boost” PSA campaign’s website, www.BoostUp.org. 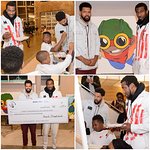 On Sunday January 24th, NBA Star Amaré Stoudemire and Acclaimed Artist and Hebru Brantly joined together for a live art installation for community children at Little Black Pearl Art & Design Center to inspire kids to engage in the arts. More →