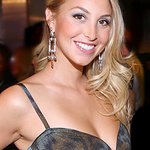 From its inception, the Pink Party has focused on partnering with local and national charities to raise money for this important cause and has become our most popular event of the year.

Whitney Port is known for her appearances on “The Hills” and “The City.” She received her start in fashion as an intern at Teen Vogue Magazine, then landing a job with Diane Von Furstenberg and finally at People’s Revolution. She launched her own fashion line, Whitney Eve in 2009.

NBCF is committed to spreading knowledge and fostering hope in the fight against breast cancer. By funding free mammograms for women who could otherwise not afford them and supporting research programs in leading facilities across the country, NBCF helps inspire the courage needed to win this monumental battle.

Starlight Children's Foundation, the organization dedicated to delivering happiness to seriously ill children and their families, announced today the launch of its second annual Stream For Starlight (S4S). More →