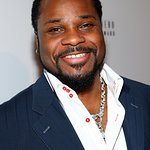 Malcolm-Jamal Warner, Tomiko Fraser, and cast members from MTV’s hit show Rock the Cradle – which features the sons and daughters of celebrities such as Bobby Brown (Landon Brown), M.C. Hammer ( A’keiba Burrell) and Al B. Sure (Lil B. Sure) – came out to support the Be-Do-Have Foundation's SICK Artist event held in Hollywood on Monday, April 13th. The foundation provides funds for uninsured actors, comedians and recording artists. This year there were eight fortunate recipients insurance.

Malcolm-Jamal Warner states that the mission of the foundation to provide insurance to independent artists is “a ground breaking idea.” He refers to himself as an independent artist and adds, “…as a recording artist I am strictly independent. I see both sides of the fence. I have been fortunate enough early on to be in a position where I have got stuff taken care of, but I also understand independent artists who don’t have that.” 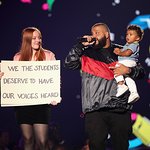 On Saturday, the biggest names in entertainment, journalism, sports, and music joined educators, parents, and more for “EIF Presents: XQ Super School Live,” a one-hour telecast and multi-platform event that invited the public to help rethink the future of American high schools. More →