Bid On This Fantastic Hawaii Five-0 Experience For Charity 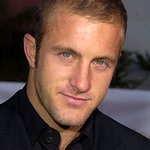 A fantastic new online charity auction is giving you the chance to enjoy the ultimate Hawaiian vacation with a once-in-a-lifetime Hawaii Five-0 opportunity!

You and a guest will fly to Hawaii in style with two first-class tickets on Hawaiian Airlines to Honolulu. Pick up your 4-day Hertz rental car and drive over to the beautiful Hilton Hawaiian Village where a 3-night stay in a grand ocean-view room awaits you.

While staying in the heart of Waikiki, satisfy your sushi and Kobe beef cravings at Nobu Waikiki with a $200 gift certificate. Spend another night taste-testing $150 of Iron Chef Morimoto’s unique Japanese cuisine, then take home a memento of your culinary journey with an autographed book from the Iron Chef himself.

During the day, embark on a privately chartered dolphin cruise for just you and your guest (or up to 24 of your closest friends). Snorkel in the pristine warm waters of Hawaii with wild spinner dolphins and Hawaiian green sea turtles.

Then head back to Waikiki and learn to surf in a private one-on-one lesson with professional surf instructor Ty Gurney. No wetsuits needed here! Take to the skies in an aerial adventure with two first-class seats on a guided helicopter tour around the island of Oahu.

As if that’s not enough, you will take off for the island of Lanai with two tickets aboard Island Air, where you’ll enjoy a night’s stay at the luxurious Four Seasons Lanai. You can even go off-roading to take in the beauty of the resort island with a 3-day Jeep rental, courtesy of Dollar Rent A Car.

Last but not least, you’ll also be invited to visit the set of Hawaii Five-0! See where the action happens for CBS’s hit show, and get to know the Hawaii Five-0 cast members with a Meet and Greet session. Then sit down to lunch with Golden Globe nominated actor, Scott Caan: Hawaii Five-0’s fan favorite, Danny Williams! If you think you’ve already experienced Hawaii at its best, you ain’t seen nothin’ yet!

The proceeds for this item benefit the Life Rolls On Foundation, which provides hope and advocates on behalf of young people whose lives have been affected by spinal cord injury.

The auction runs until January 12, and can be accessed via CharityBuzz.com. 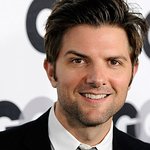 LilySarahGrace (LSG) today announced its latest fundraising campaign, “Color Outside the Lines,” based around drawings from more than 40 artists in film, television, music and visual art that were specially created for LSG. More →